The VR gaming app is based on the idea of a virtual escape room, which becomes an exciting team building activity. It is used by AUDI AG in the internal international after-sales championship. The game is played in a twin team consisting of service and technical staff. To advance their own team in the competition, colleagues should support each other – just like in real life.

Equipped with VR glasses and controller, one of them requires a mixture of intuition, skill and physical effort to navigate through a virtual 3D workshop with the help of the other team members. The aim is to track down specific technical questions and answer them together. For each correct answer the player in the VR room receives a number. In the end, the team has thus obtained a numerical code with which the colleague can leave the VR room again – if the code is correct, the virtual workshop door will open. This can only succeed if everyone masters the challenge as a team and with plenty of expertise, skill and good cooperation.

About technology: The VR Challenge Room was developed for the Oculus Quest, although the application also works with the Oculus Rift. The Unity Engine, extended by the Oculus Framework, is used as the basis. 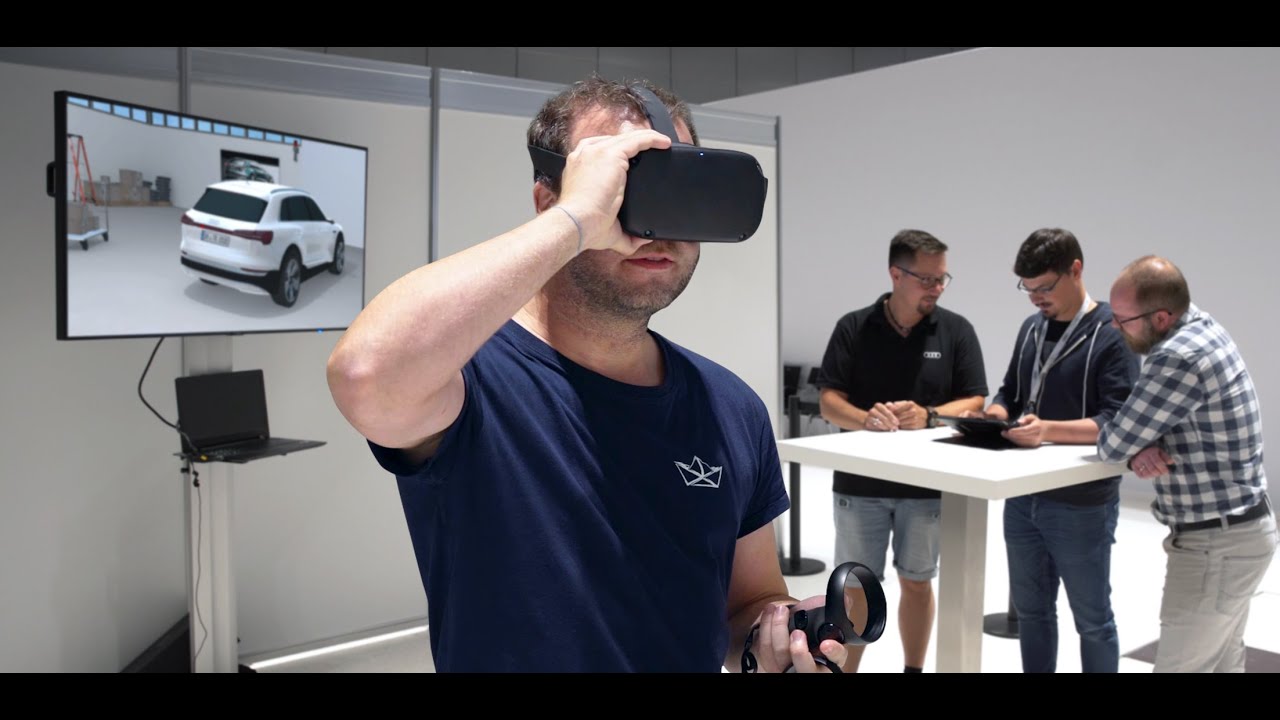